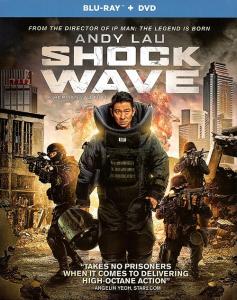 Officer Cheung (Andy Lau) has worked to become the most respected member of the Explosive Ordnance Disposal (EOD) unit. Before rising through the ranks, he spent time undercover in a criminal gang led by a ruthless kingpin notorious for his explosives expertise. Cheung's covert efforts not only disbanded the mob, but also resulted in the arrest of the boss's brother... and set into motion a violent quest for revenge.

Fiery attacks break out across the city, escalating until a shocking hostage situation unfolds in one of the world's most busy tunnels. Only Cheung has what it takes to bring down his vicious nemesis and save the metropolis he has spent his life serving.