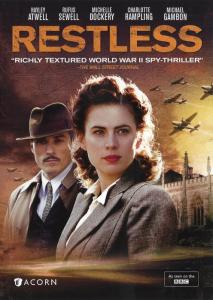 Based on the bestselling spy novel by William Boyd and boasting a "fabulous British cast" (Los Angeles Times), this Emmy?-nominated BBC drama is a tale of passion, duplicity, and betrayal. Ruth Gilmartin (Michelle Dockery, Downton Abbey) is stunned to learn that her mother, Sally (Charlotte Rampling, Broadchurch), has been living a double life. Her real name is Eva Delectorskaya (Hayley Atwell, Captain America: The First Avenger), she worked as a spy for the British Secret Service in the 1940s, and now someone is stalking her.

Rampling is "armed and dangerous and bewitching" (Salon) in a story that shifts back and forth in time between the 1970s and WWII. Eva is recruited by the suave, persuasive Lucas Romer (Rufus Sewell, The Pillars of the Earth) and trained for a crucial mission. Thirty years later, her cover blown, she turns to her daughter to help and faces her former spymaster, now Lord Romer (Michael Gambon, Harry Potter films). Will she ever feel safe again?