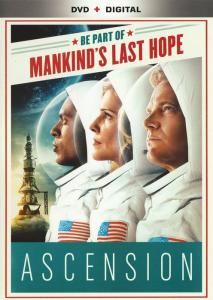 The sci-fi mystery miniseries "Ascension" offers a truly refreshing premise as it follows a colony of humans halfway into a century-long secret space mission. When a young woman is murdered aboard the U.S. Orion-class spaceship, conflicts arise and the inhabitants question their purpose as the saviors of mankind. Based on the real-life Project Orion that was developed under President John F. Kennedy, "Ascension" boasts deep-orbit drama in a stylized setting ? a self-described "MAD MEN in space."